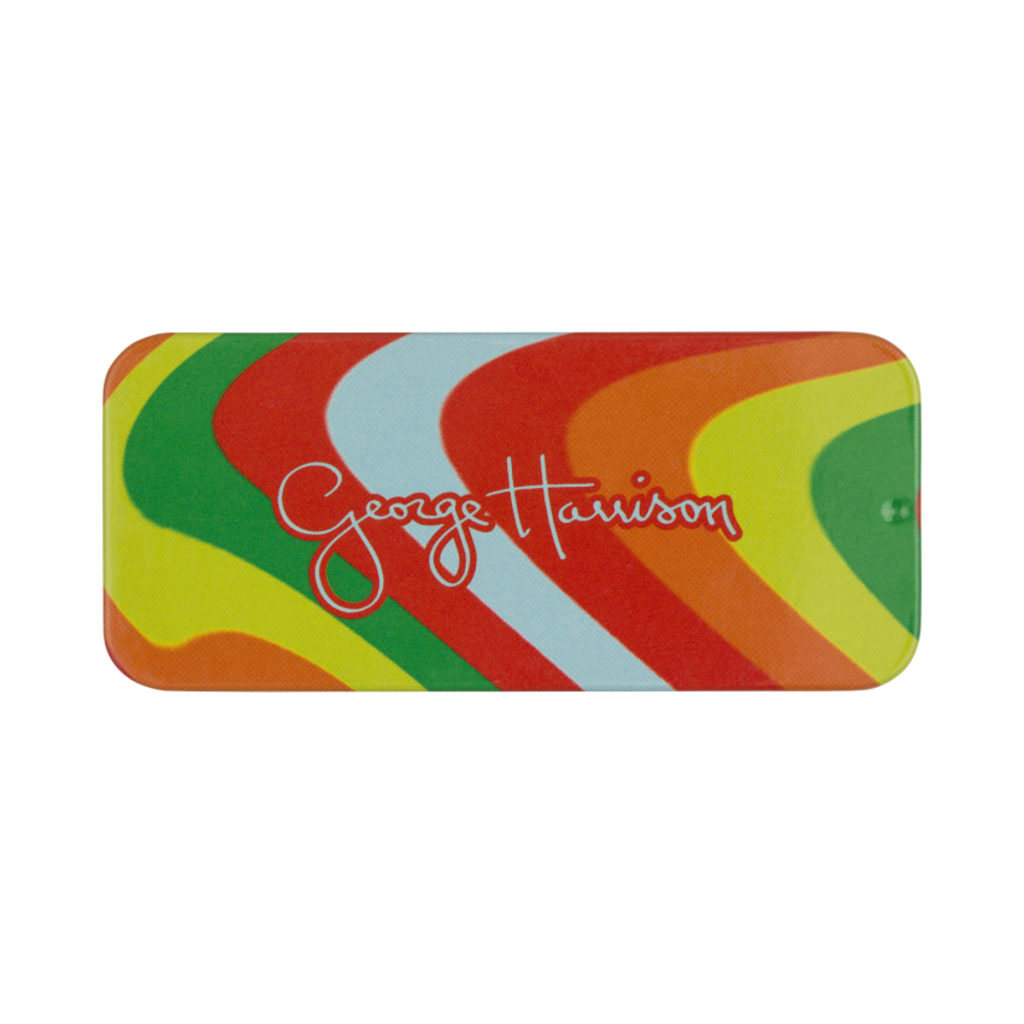 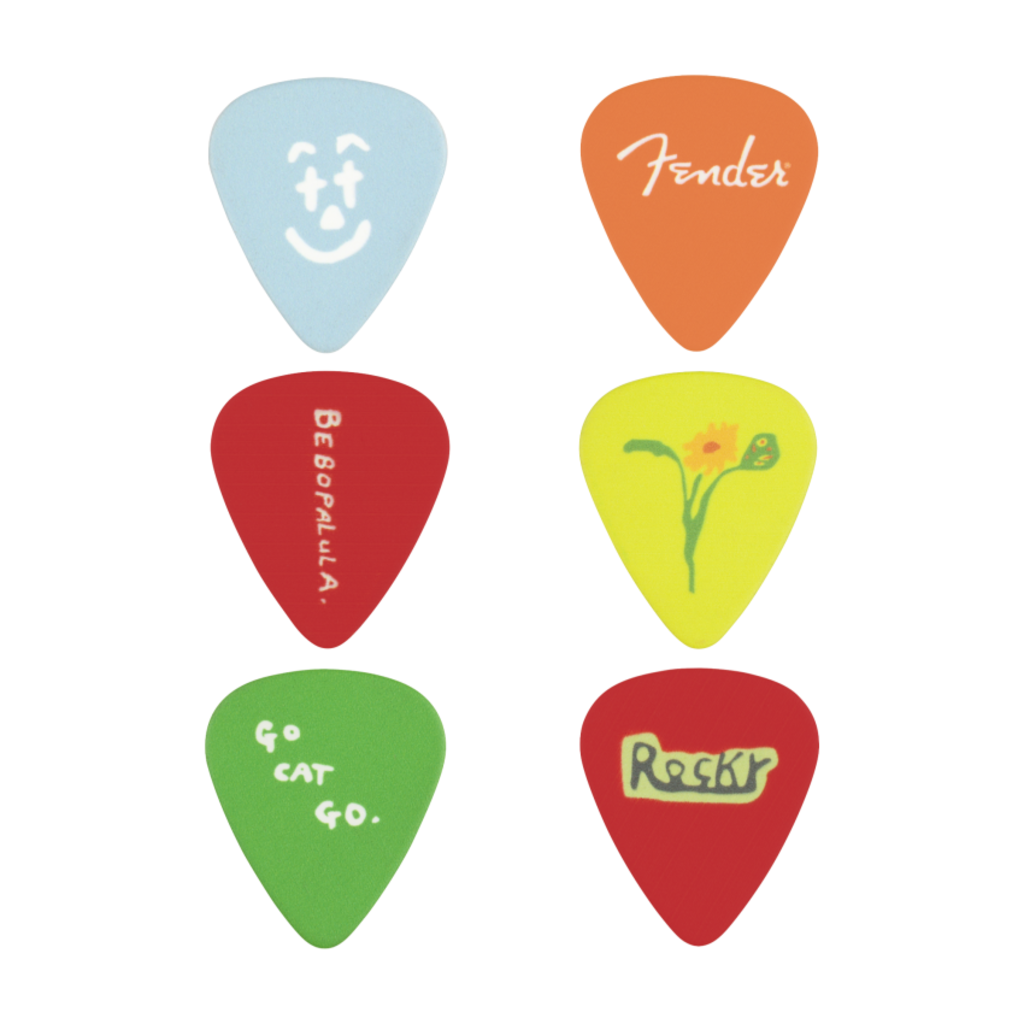 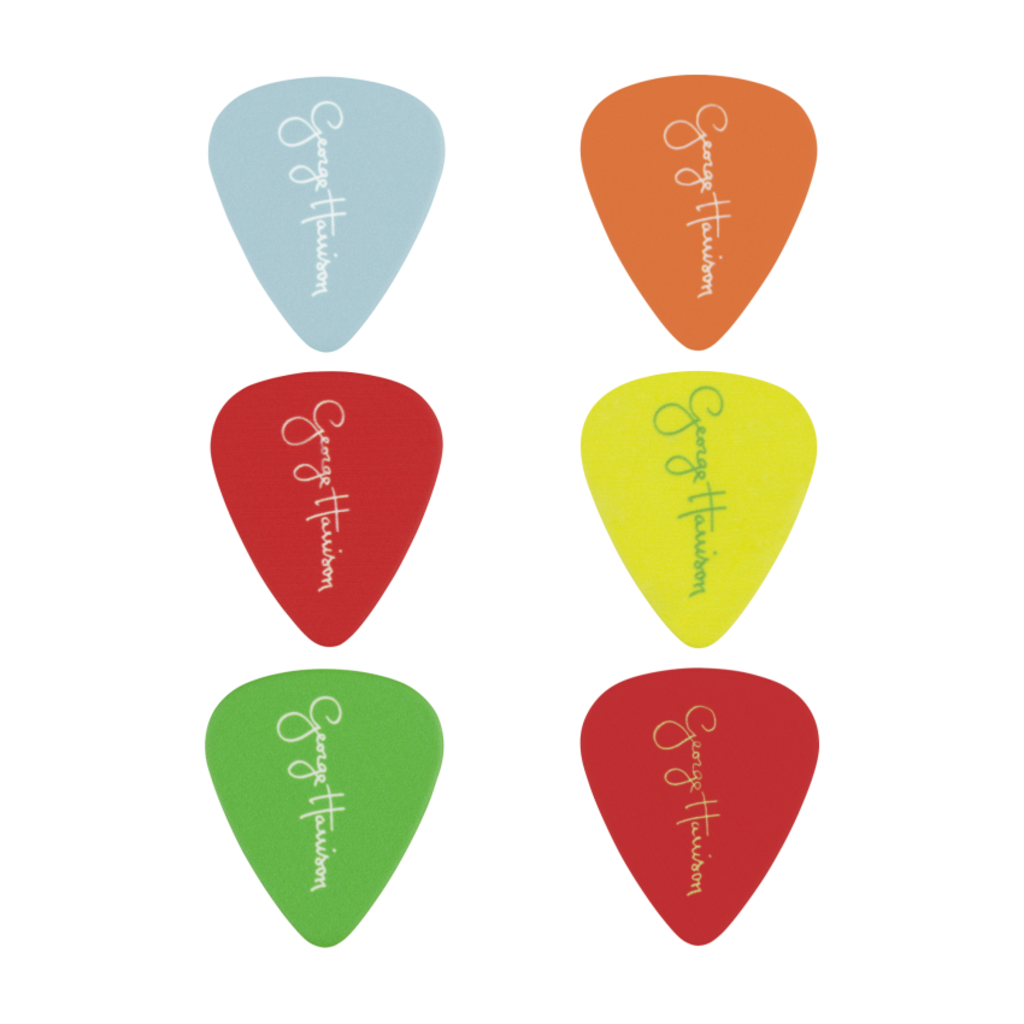 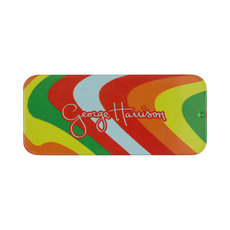 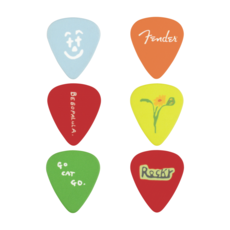 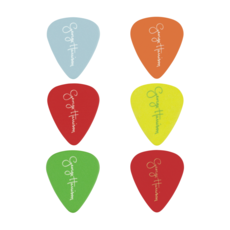 George Harrison’s impact and influence on popular music is legendary. Together with the Beatles and throughout his brilliant solo career, he crafted the soundtrack of a generation and his masterful guitar work inspired countless musicians that followed. George played a variety of iconic guitars throughout his career, but the most visually distinctive was his 1961 Sonic Blue Stratocaster hand-painted in psychedelic Day-Glo orange, red and yellow, affectionately called “Rocky.”

Featuring a psychedelic multi-color design and artwork inspired by the quirkier elements found on this legendary instrument, this keepsake tin and plectrums are the perfect pairing to the one-of-a-kind Strat.