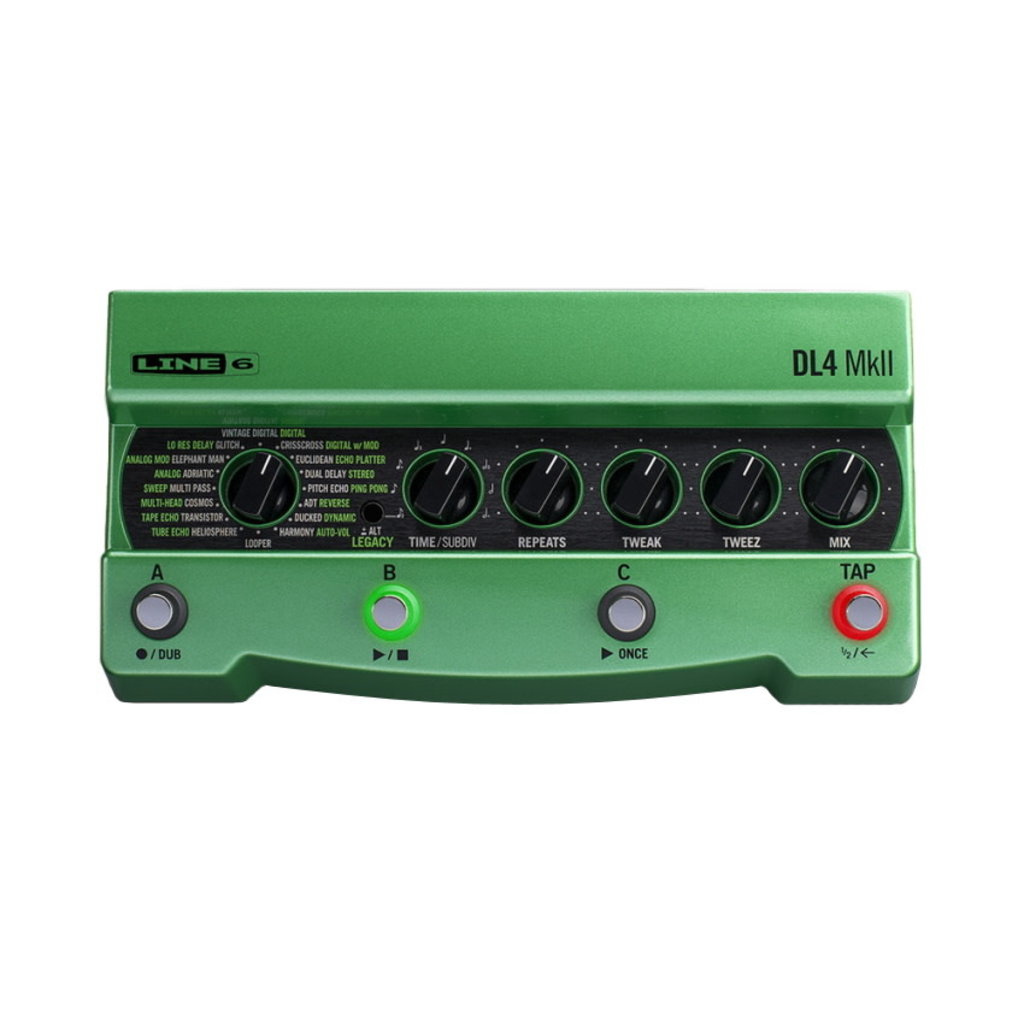 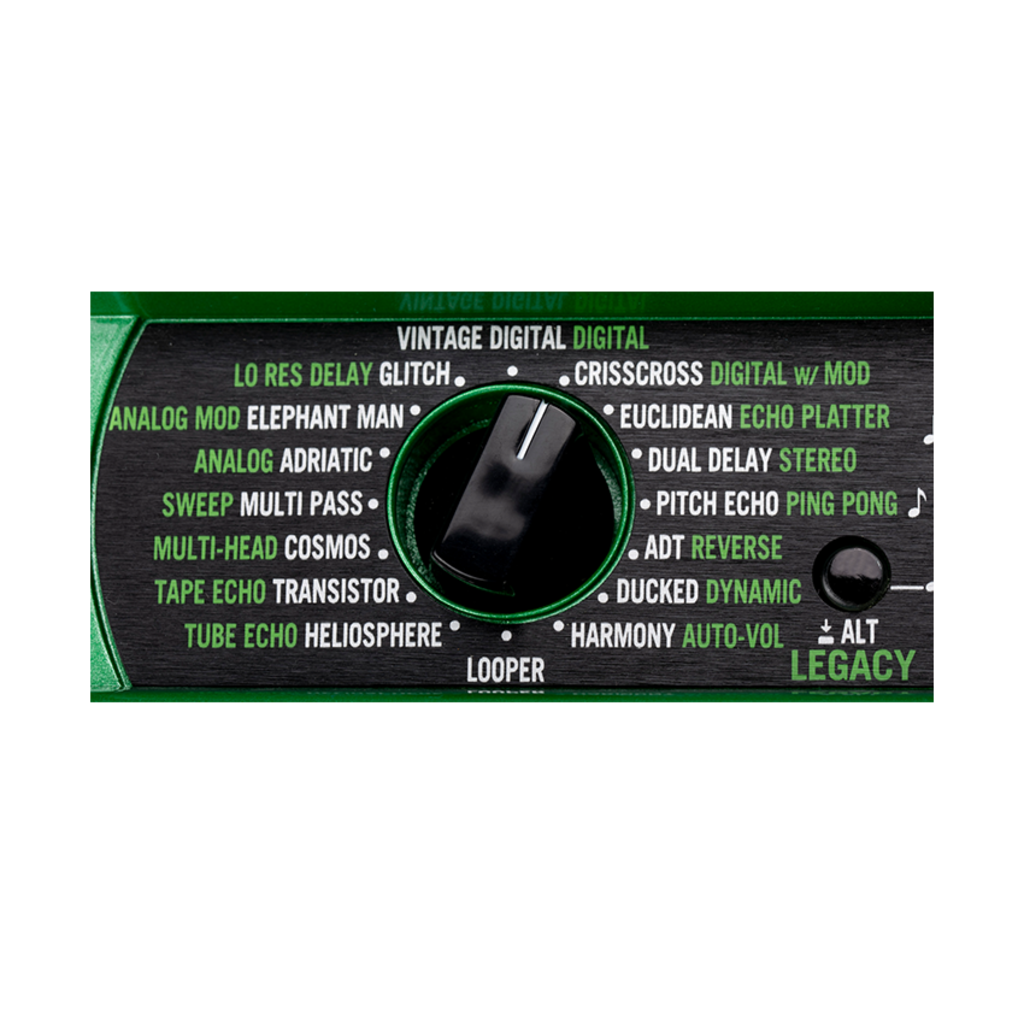 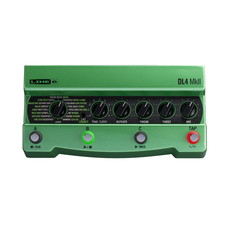 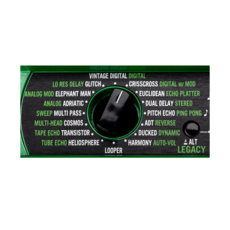 The DL4™ MkII includes everything in the original DL4 Delay Modeler, while introducing 15 new MkII delays drawn from our HX® family of amp and effects processors and both 4-Switch and 1-Switch loopers with up to 240 seconds of record time (expandable to several hours using an optional microSD card). There's also an XLR microphone input, MIDI In and Out/Thru connectors, heavy duty footswitches, three bypass options, and a jack for connecting an optional expression pedal or two additional footswitches. The DL4 MkII is also smaller and lighter than the original, making it an even more appealing choice for modern musicians.

Build
The DL4 MkII is constructed from cast aluminum to withstand the rigors of performance.

Control Layout
DL4 MkII utilizes the same layout of knobs and footswitches as the original. Pressing the Legacy button converts DL4 MkII into a DL4.

Delay
There are 30 delays total: 15 new MkII delays drawn from the HX family of amp and effects processors, 14 original DL4 delays, and Echo Platter, taken from the rackmount Echo Pro.

Looping
The 4-Switch Classic Looper and the 1-Switch Looper operate in either mono or stereo and may be positioned before or after other effects.

Looping Time/Micro SD
Onboard memory provides up to 240 seconds of recording time, expandable to several hours using an optional microSD card, which also enables a loop to be stored in memory.

XLR Microphone Input
Connect a dynamic microphone to the XLR input for vocal (or acoustic instrument) processing and looping, and adjust the gain using the Trim control.

Footswitches
The footswitches select presets A, B, and C. When the Looper is active, they select the Record/Overdub, Play/Stop, and Play Once functions.

External Switches
Connect up to two assignable external footswitches, an expression pedal, or one of each.

DC Power
DC power is provided by the included 9V DC-1g power supply or via most other 9V center-negative power supplies.