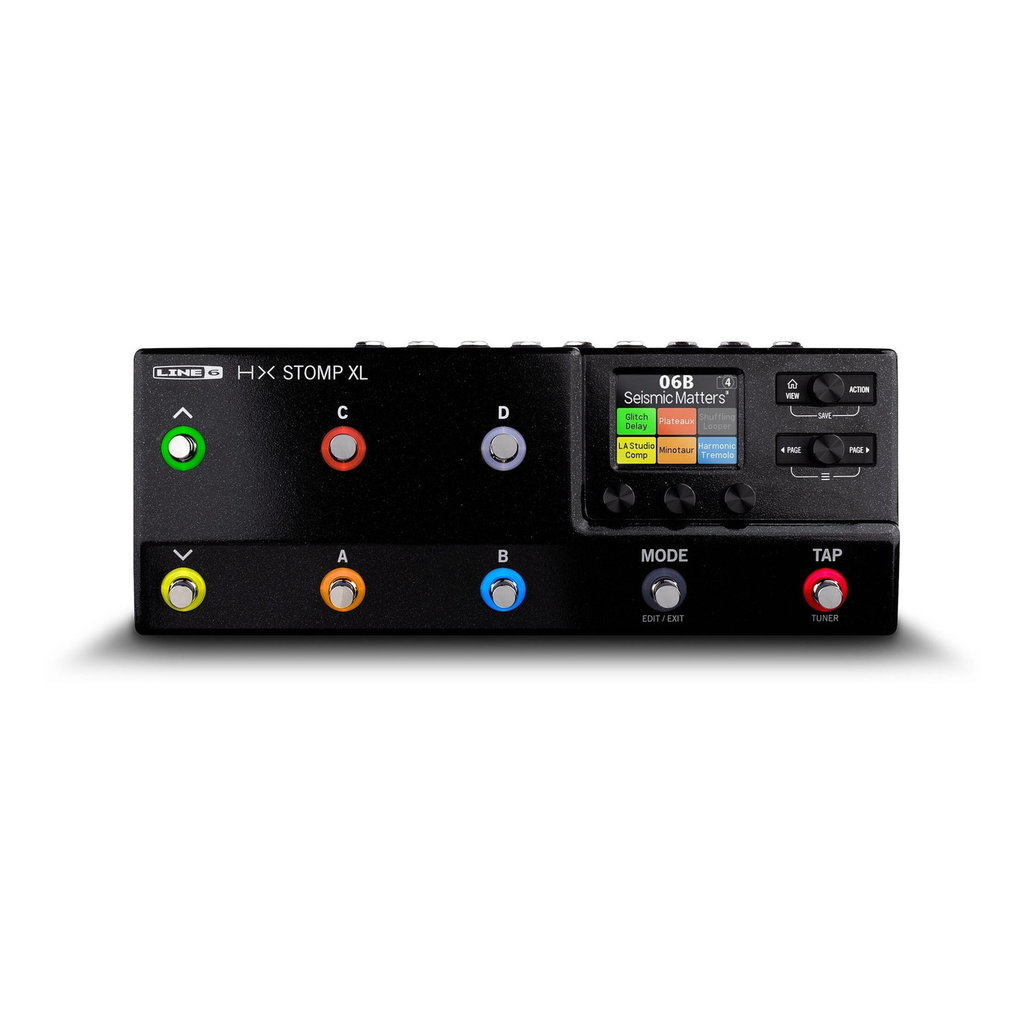 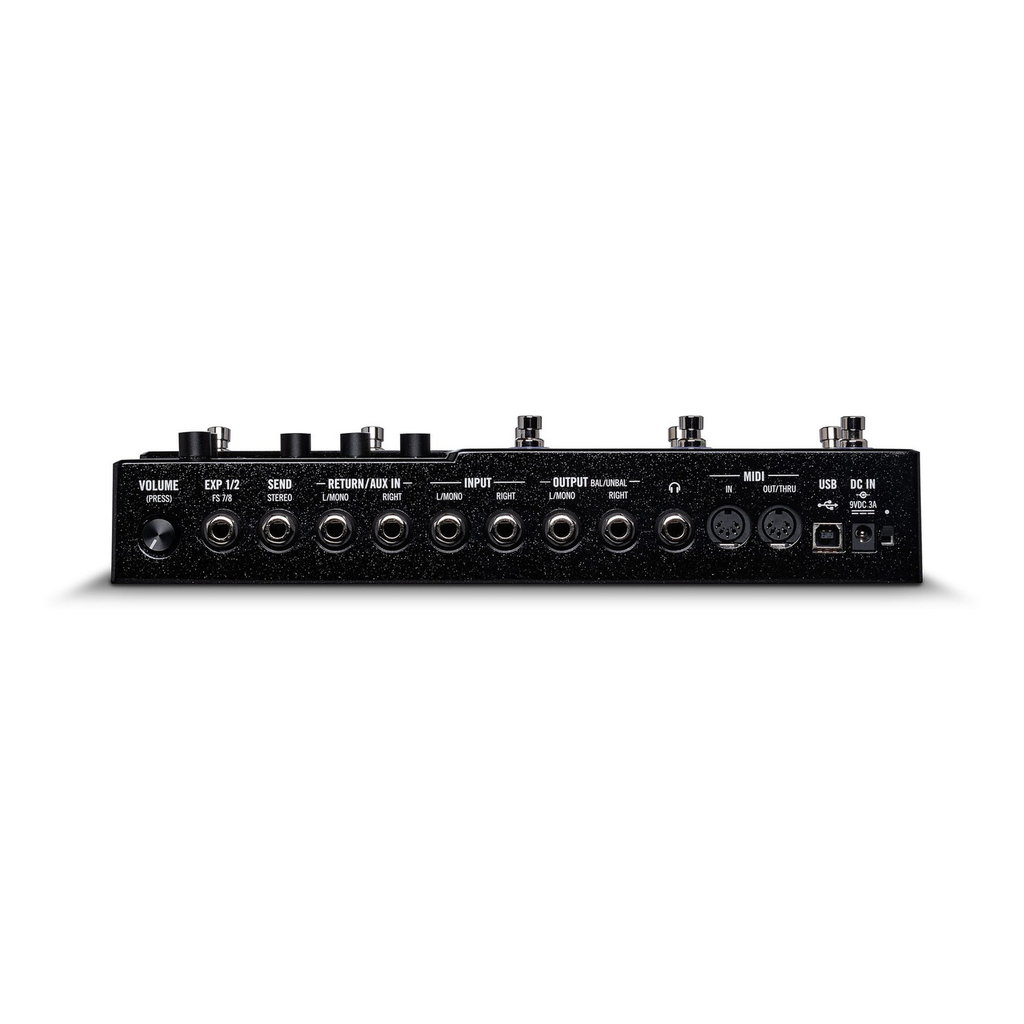 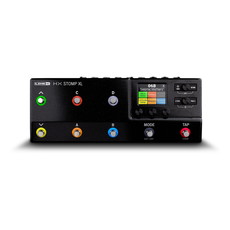 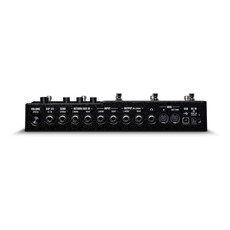 The HX Stomp™ XL amp and effects processor delivers HX® modeling in a performance-ready pedal with eight capacitive-touch footswitches. The same SHARC® DSP chip found in Helix® enables it to run up to eight processing blocks simultaneously, and the footswitches let you access and control those blocks in powerful ways.

COMPONENT MODELING
Each stage of an amp’s circuitry is measured and the results matched to the original during the modeling process, ensuring realistic sound and an authentic playing experience.

CAPACITIVE-TOUCH FOOTSWITCHES
Simply touch a footswitch to instantly jump to any block and quickly adjust a parameter or assign controllers. Color-coded LED rings convey footswitch assignments and status at a glance.

SNAPSHOTS
Snapshots enable you to create multiple variations within a single preset and seamlessly transition between them, without the audio dropouts that occur when switching between presets.

I/O LEVEL SHIFTING
A switchable line-level input enables keyboardists, DJs, and producers to connect electronic instruments or use HX products as outboard processors in the studio.