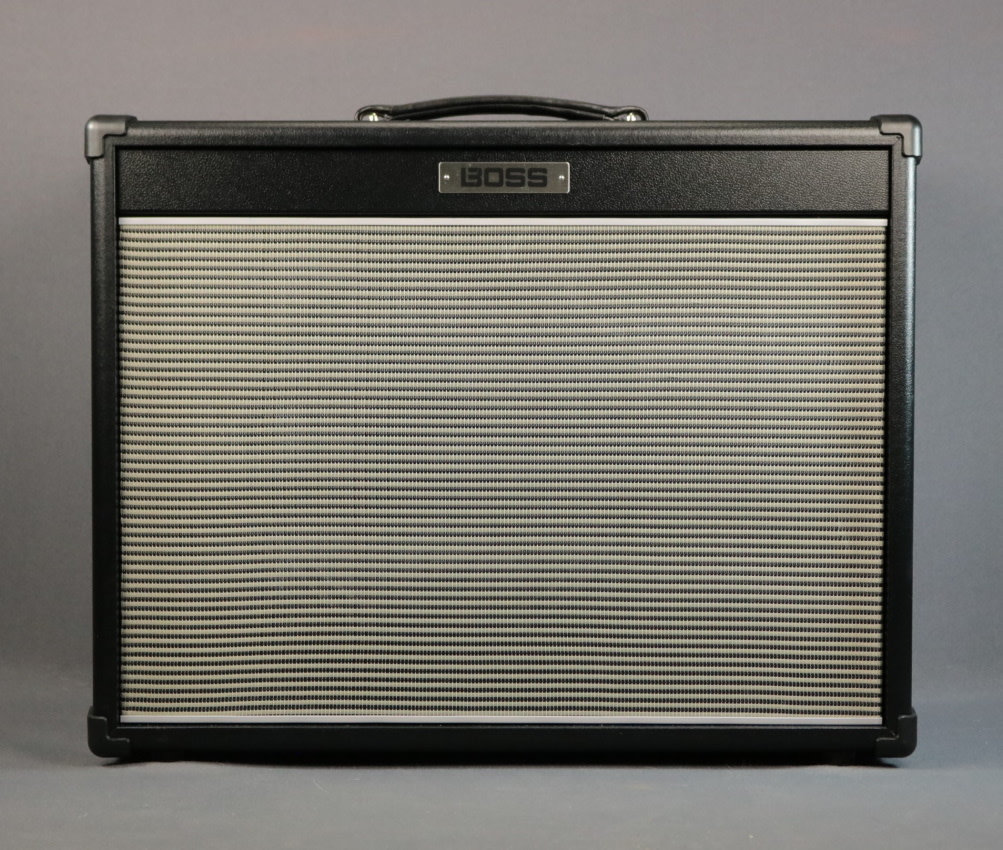 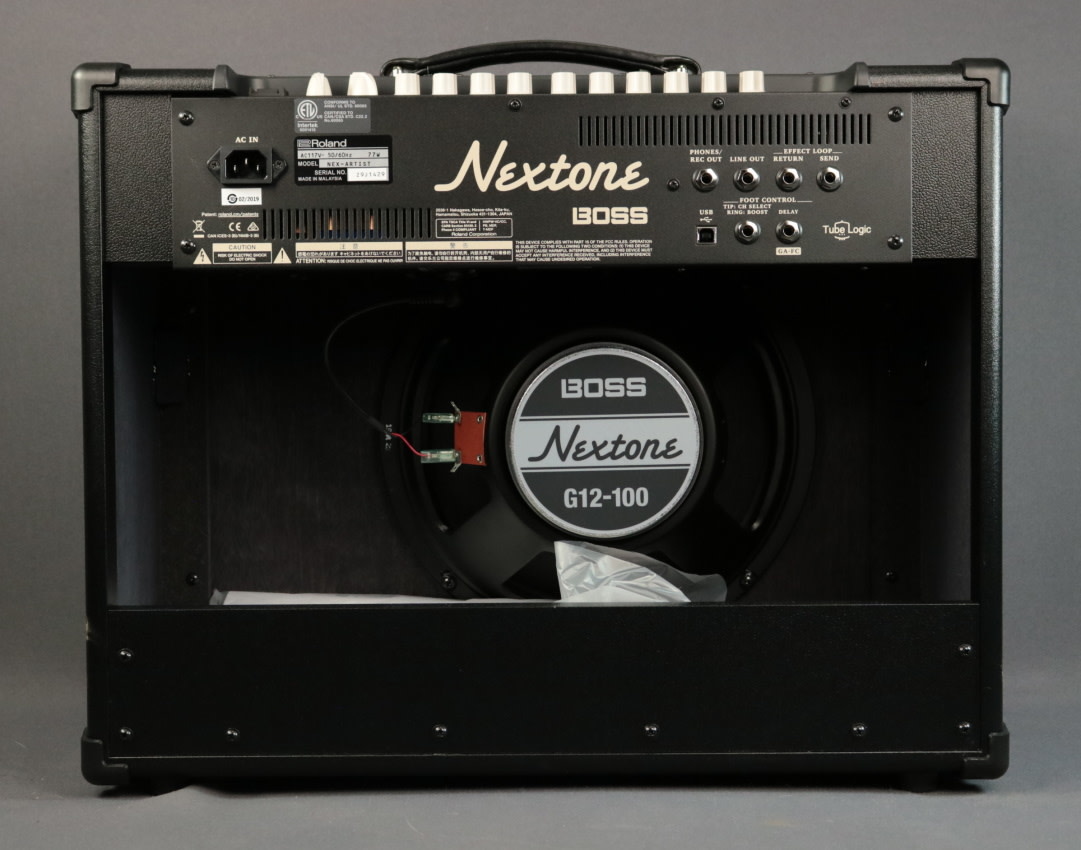 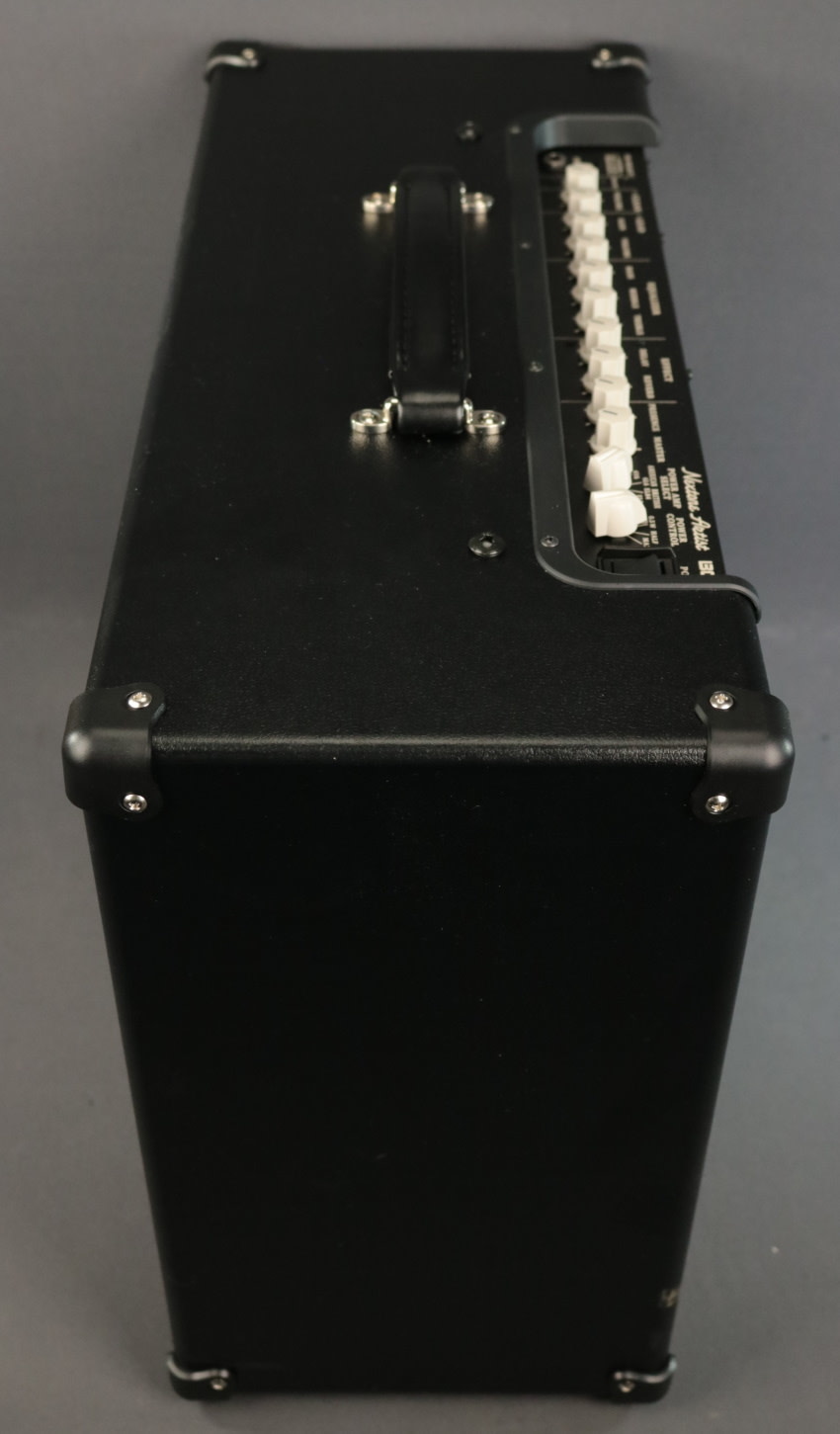 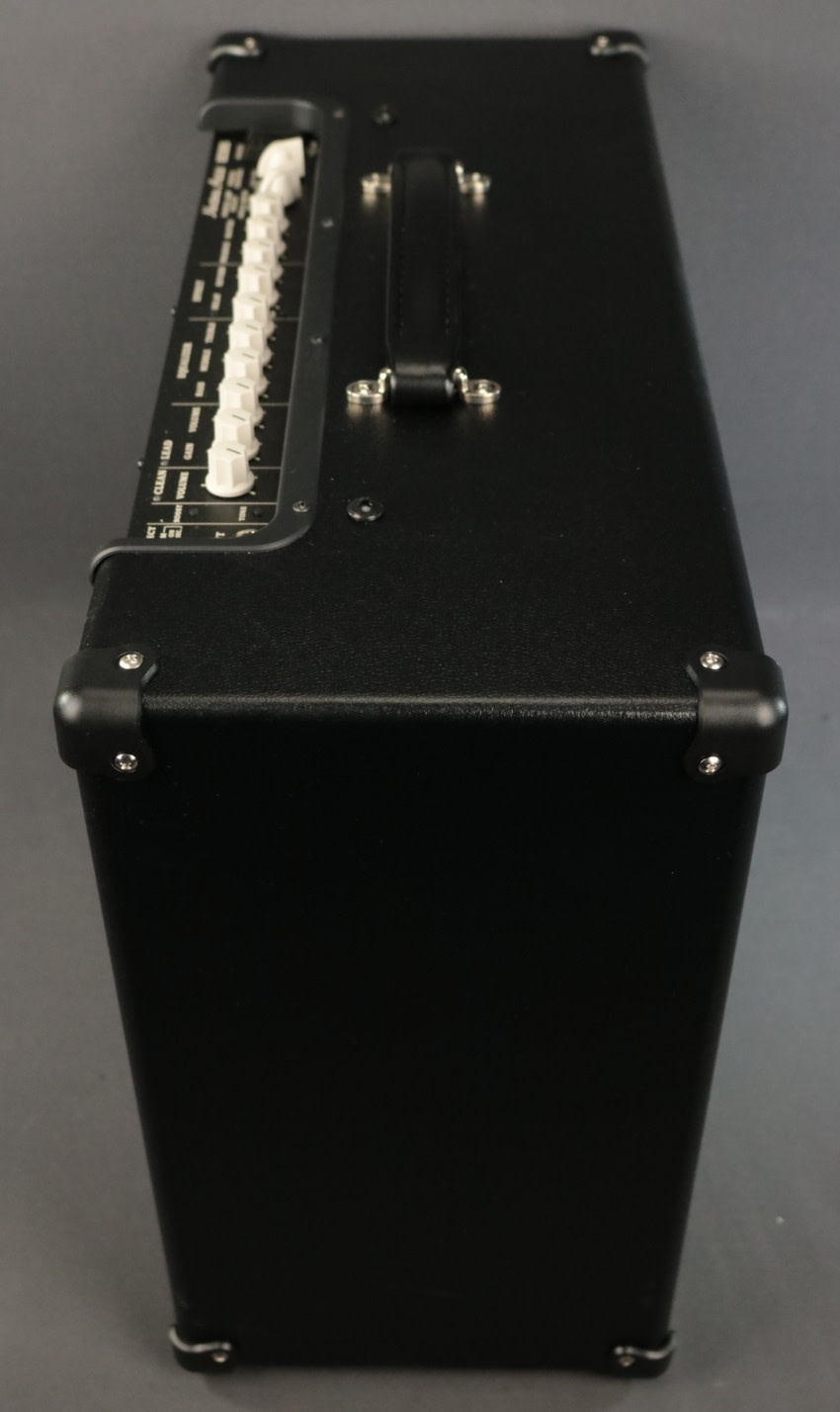 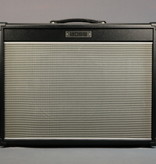 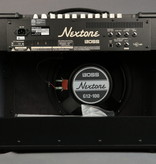 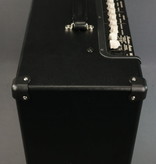 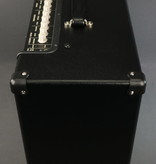 This amp is in great condition but does have a few light signs of use. The worst being a few small scuffs here and there, as well as a few dusty spots on the tolex and chassis that could use a quick cleanup.
Overall, this amp looks and sounds great! Footswitch and cover not included!

Want to dive deeper with even more sound customization? Just connect to the Nextone Editor and become a virtual tech, fine-tuning bias, sag, and other internal settings to perfectly match your individual style and touch. Nextone also includes convenient modern features for stage playing, such as built-in effects, a line out for mic-free direct tone, and a power control for expressive cranked-amp sound at manageable volumes. And thanks to Tube Logic, you get to enjoy all the great sound and response of your favorite tube designs without the backbreaking weight and ongoing maintenance hassles.

Nextone Version 2: More Tone-Shaping Tools to Craft Your Personal Sound
Version 2 firmware delivers a host of new tone personalization options via the Nextone Editor. A key feature is Character Shape, which unlocks designer-level sound control right at the heart of the power amplifier. In addition, separate pre/post preamp EQs are now available (including a new 10-band graphic), seven boost types have been added, and effects can be set independently for custom mode channels. There’s also a selectable Extra Headroom setting for added punch. And with new import/export and librarian functions, it’s easier than ever to work with your different Nextone setups.

Instant Power Amp Re-Voicing
In a tube-based guitar amplifier, the preamp is important for basic tone shaping, but it’s the power amp design that really defines the overall sonic signature and playing feel. Most amps use a specific output tube type, while a rare few allow you to swap out different power tubes. Unfortunately, this process usually requires physical tube replacement and bench time with a tech, making it expensive and inconvenient. For the most part, you really needed to buy multiple amps to access the unique tonal characteristics of different output tube sections…until now.
Nextone changes all this with the ability to instantly re-voice its analog Class AB power amp section with one of the four classic designs. American sounds are represented with 6V6 and 6L6 output tube types, while British sounds are represented with EL84 and EL34 types. Unlike modeling amps, which simply feed pre-cooked amp models through a non-reactive amplifier, selecting a power amp type on the Nextone physically changes the complete output circuitry, as well as the way the preamp and speaker interacts with it. This makes the entire amp perform authentically at each setting, providing realism that’s only possible with the advanced Tube Logic approach.

Nextone Power Amp Types
• 6V6—Found at the heart of many legendary low-wattage American amps, the 6V6 output tube is known for its distinctively sweet, crisp tone and organic compression.
• 6L6—Used in classic American stage amps and some modern high-gain designs, the 6L6 output tube delivers high-headroom punch with a round and full midrange character.
• EL84—Famous as the power tube in British combo amps introduced in the late ‘50s and early ‘60s, the EL84 produces glassy, clean chime at lower volumes and rich, creamy distortion when cranked.
• EL34—The power tube found in the iconic British stack amps, the EL34 is loved for its warm, fat tone and unmistakable rock crunch.

Clean and Lead Channels Times Two
Widely acclaimed by guitarists everywhere, the Tube Logic design approach delivers real-deal sound, feel, and response by reproducing the complex interactive behaviors of tube amps in every way. This comprehensive process also brings valuable advantages for today’s players, including greater reliability, reduced weight, and maintenance-free operation. Tube Logic evolves even further with the Nextone series, unlocking access to deep tone customization features that are impractical or impossible with traditional tube designs. A Nextone amp puts the true response characteristics of the most famous amp designs at your fingertips, allowing you to tweak your sound with unmatched precision.

Be Your Own Amp Tech and Customize Tones for Your Style and Touch
The full-featured Nextone Editor gives you sophisticated editing tools to refine the sound for your personal style and favorite pedals. Set a channel’s tone stack to American or British types, shape the overall tone with multiple EQ stages, and tweak the playing response by adjusting bias, sag, and more. The Tone switch can be assigned to two different types, and the Boost switch can be set to one of eleven different characters, including a compressor. And with 99 user setups available, you’re able to customize Nextone’s sound for any gig you play.

Shape Your Sound at the Heart of the Amplifier
One of the Nextone Editor’s most potent features is Character Shape, located in the power amp section. This lets you adjust the amp’s feel and response along with the tonal characteristics, providing deep, circuit-level personalization with just a few mouse clicks. Going further, pre and post EQs in the preamp section allow you to not only re-voice the sound, but also compensate for the gain and tone variations of different guitars. And when you need even more dynamic response for loud gigs and clean playing styles, simply kick on the Extra Headroom switch for added punch when the power control is maxed.

Cranked Sound and Feel at Lower Volumes
With any tube amp, you really need to push its output tubes to get it to sing at its best. Unfortunately, this means turning up the volume, which is nearly always frowned upon by sound engineers, bandmates, and neighbors. Driven by Tube Logic, Nextone delivers the complex distortion characteristics of output tubes and their interaction with the output transformer and speaker, providing that rich, dynamically responsive sound we love. And with Nextone’s adjustable power control, you can always experience this cranked-amp tone while matching the volume to any situation, be it home, studio, or stage.

Onboard Effects and Switchable Effects Loop
With its built-in delay, reverb, and tremolo effects, Nextone brings even more versatility and convenience to gigging guitarists. Using the Nextone Editor, the delay section in custom mode can be freely assigned to analog, tape, or SDE-3000 delay types or a tremolo effect, while the reverb can be assigned to plate, spring, or hall types. Furthermore, each effect type offers a deep set of parameters for dialing in the perfect tone. The amp also includes a loop for integrating your own effects, with series/parallel operation, loop position, and more selectable via the Nextone Editor.

Practical Features for Performance and Recording
Connecting with just a single cable, the optional GA-FC foot controller provides a command center for channel selection, Tone, Boost, effects, pedal volume, and more. If you want to travel even lighter, up to three FS-series footswitches can be used to control various functions. There’s also a line out for sending a direct signal to a PA, plus a phones/recording output for silent practice and tracking sessions. Using the Nextone Editor, the character of the direct sound can be set to one of three Air Feel settings for a range of mic’d cab tones.
External speaker jacks are included too, with support for connecting up to two 16-ohm 4x12 cabs for even bigger tones. In addition to providing communication with the Nextone Editor, the amp’s USB jack functions as a direct recording interface for your favorite DAW software. Multiple channels are supported, allowing you to record both a cab-emulated output and a dry direct tone for re-amping later through the Nextone.