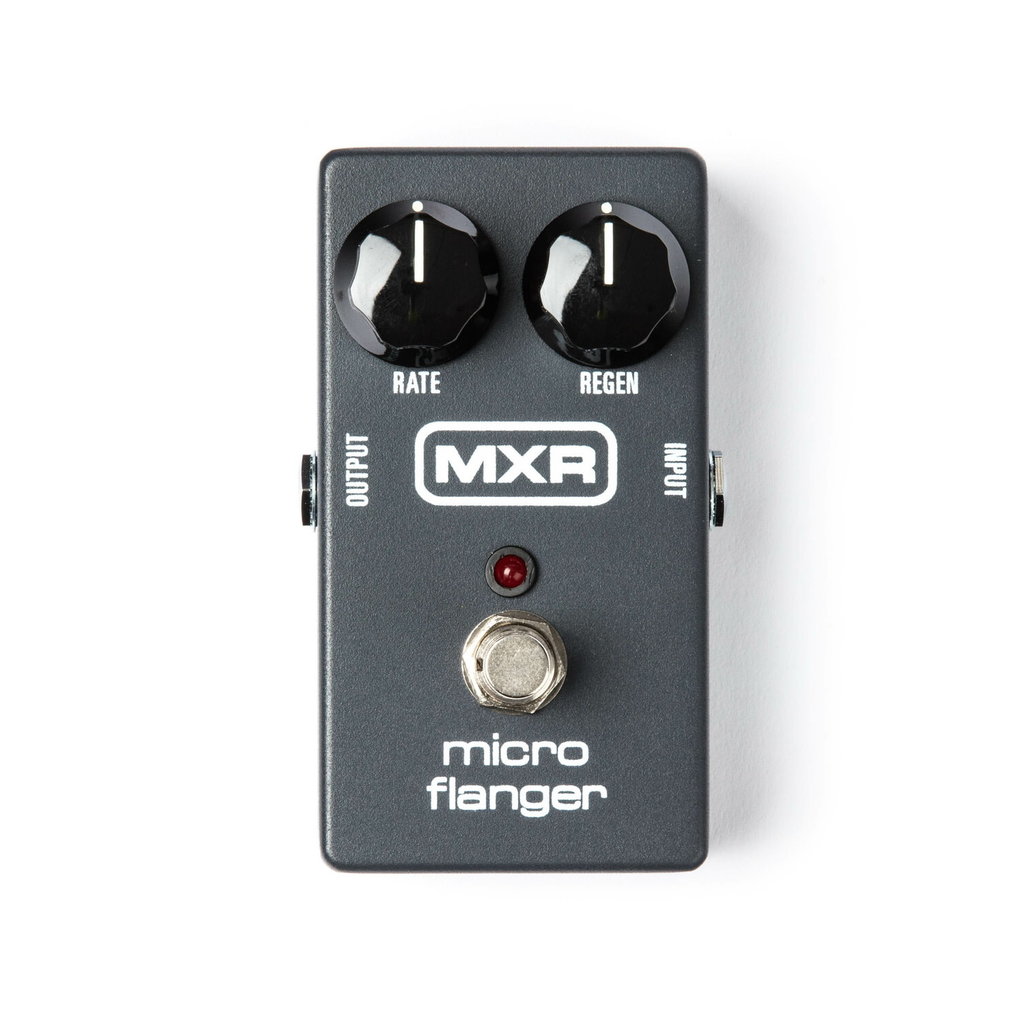 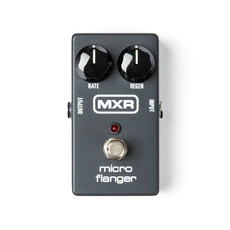 The Micro Flanger provides the same tones and textures as its big brother but with a simpler interface featuring Speed and Regeneration controls.

THE LONG STORY
Based on the benchmark sounds of the MXR M117 Flanger, the MXR Micro Flanger features many of the same flanging effects of its big brother, but in a smaller and more convenient size. Originally released in the ’80s, this faithful recreation features the same two critical controls—a Speed knob to control the rate of cycling and a Regeneration knob to manage the overall intensity—and stays true to its 100% analog bucket brigade technology for the ultimate in warm and organic tone. The Micro Flanger has been updated with a true bypass switch so you don't lose any tone during bypass. Go from jet plane like sweeps to cool outer space type effects with the MXR Micro Flanger.